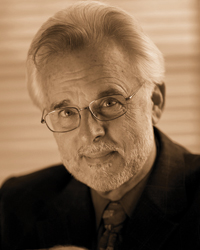 Award winning author Wesley J. Smith is a legal consultant to the Patients Rights Council, a senior fellow in Human Rights and Bioethics at the Discovery Institute, and a special consultant for the Center for Bioethics and Culture. In May 2004, because of his work in bioethics, he was named by the National Journal as one of the nation’s top expert thinkers in bioengineering.

Smith left the full time practice of law in 1985 to pursue a career in writing and public advocacy. He is the author or coauthor of eleven books.

His latest book is A Rat is a Pig is a Dog is a Boy: The Human Cost of the Animal Rights Movement, a searing critique of the ideology and tactics of the animal liberation movement and a rousing defense of the unique importance of human exceptionalism.

Smith co-authored (with Eric M. Chevlen, MD) Power over Pain: How to Get the Pain Control You Need. His other books include Forced Exit: Euthanasia, Assisted Suicide and the New Duty to Die and Culture of Death: The Assault on Medical Ethics in America. He formerly collaborated with Ralph Nader, co-authoring four books with the consumer advocate.

Smith has published hundreds of articles and opinion columns that have appeared nationally and internationally in such publications as  Newsweek, New York Times, The Wall Street Journal, USA Today, Forbes, The Weekly Standard, National Review, Mother Jones, The National Post (Canada), The Age (Australia), The Telegraph (United Kingdom), Western Journal of Medicine, and the American Journal of Bioethics. He has also been published in regional publications throughout the United States and internationally in newspapers in the UK, Italy, Australia and Canada.